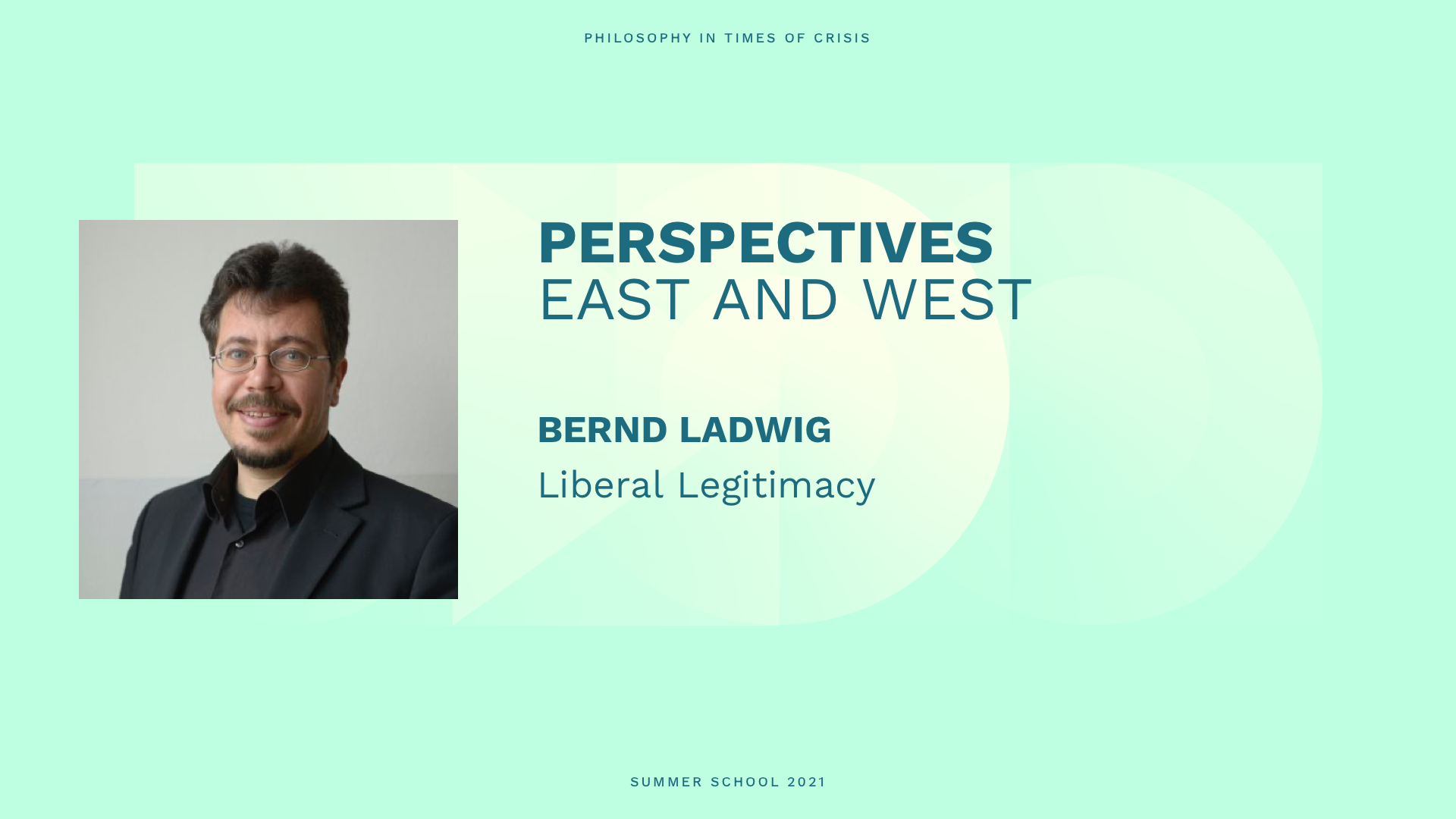 The aim of my talk is to present a coherent and convincing conception of the liberal idea of legitimacy. Part of what makes it (hopefully) convincing is its diagnostic force with regard to the recent internal and external crisis of liberalism. At the heart of liberal legitimacy are the ideas of equal consideration and public reasoning. However, both have prerequsites that liberal orders and governments have not taken seriously enough in the last few decades. I will particularly focus on the neglected condition of reciprocity and argue for a renewed, embedded type of liberalism.

Abstract: In this essay, I want to argue that liberalism rests on a certain view about the justification of social arrangements, and that this view helps us to understand some of the differences and some of the similarities between liberalism and other ideologies. Briefly, I shall argue that liberals are committed to a conception of freedom and of respect for the capacities and the agency of individual men and women, and that these commitments generate a requirement that all aspects of the social should either be made acceptable or be capable of being made acceptable to every last individual. I believe that this view or something like it underpins many of the most characteristic and distinctive liberal positions. But, as I have formulated it, the view is one that many liberals may not recognize, and there may be other aspects of their beliefs that can be supported independently of these ideas. I do not want to deny that. What follows is "one view of the cathedral", so to speak:3 a reconstruction of the foundations of liberalism that may be fertile in the generation of new ideas in this tradition of political theory.

Abstract: These are difficult times for liberal theorists. Fewer than thirty years after the end of the Cold War ushered in a period of unprecedented liberal ascendancy, liberalism today is in retreat—or at least on the defensive—in many parts of the world. A new generation of authoritarian strongmen have come to power in a number of countries, riding waves of populist, nationalist, and anti-globalist sentiment, and other countries may well beheaded in the same direction. As one political scientist told the New York Times, “What we’ve seen is a kind of backlash to liberal democracy ... masses of people feel they have not been properly represented in liberal democracy.” Some critics place the blame on liberalism’s excessive individualism: its failure to recognize the importance of national identity or patriotic sentiment, its marginalization of religion, its devaluation of the nation-state, or its general tendency to privilege the global and universal over the local and particular. Others have suggested that the fault lies with contemporary liberalism’s insufficient individualism: its creation of huge state bureaucracies exercising control over virtually every area of human life, its endorsement of unsustainable social welfare programs, or its policies of rights inflation. Although self-criticism and self-reflection are rarely out of place, there is a danger here of blaming the victim. Liberal ideas and institutions have lately come under sustained assault by avowedly anti-liberal social and political forces, and it would be little short of tragic if the predominant liberal response was to engage in handwringing about the flaws of liberalism rather than to join the political and intellectual battle against the forces committed to subverting liberal, democratic institutions. We should also remember that the actual political societies and institutions that think of themselves as liberal, and that are seen as such by others, stand in a complex and uncertain relation to the familiar liberal theories debated by political philosophers and theorists. Bill Clinton and Barack Obama were not John Stuart Mill and Immanuel Kant; the flaws and imperfections of actual liberal societies may or may not reflect any inadequacies in liberal theories. They may reveal only the extent to which actual societies have failed to conform to the requirements of liberal theory.

Personal Website
http://userpage.fu-berlin.de/~ladwig/Back to speakersBack to agenda
Return to the top ↑