From Roles to Citizenship: Confucian Civil Society in the Face of Political Crisis (Live Talk) 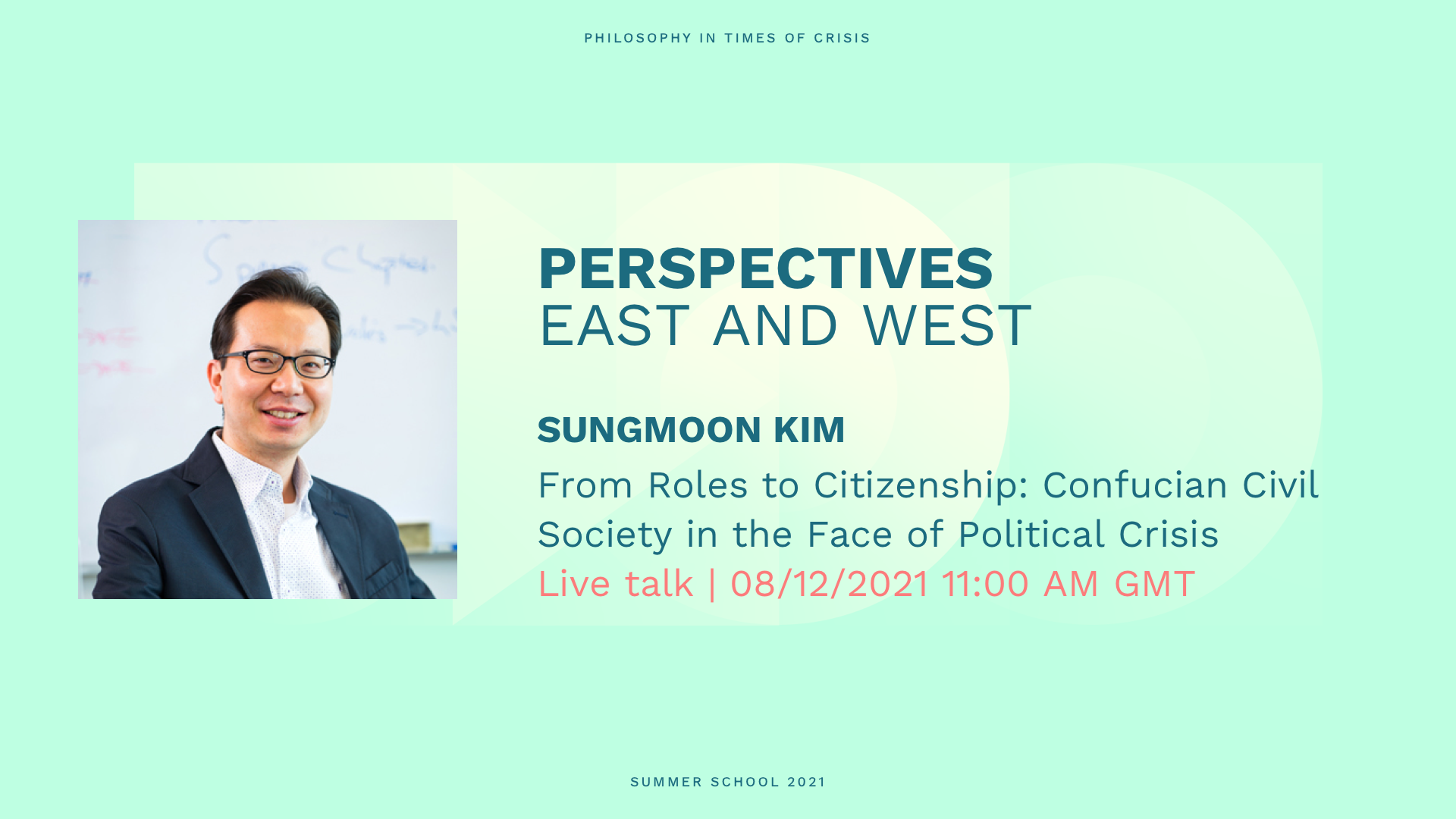 Confucianism is commonly understood as a political philosophy for order and stability. After all, Confucianism became the state ideology of the Han dynasty precisely for the pressing need to pacify and consolidate the new empire, which emerged by ending hundreds-year-long struggles among the so-called “warring states.” Then, a question arises: is Confucianism relevant in times of crisis as well? We can approach the relevance of Confucianism in times of crisis from both macro and micro perspectives. At a macro-level, Confucianism may contribute to the regime that is currently undergoing a legitimacy crisis by, for instance, providing a new insight into constitutional design and institutional reforms. At a micro-level, Confucianism can help a person, struggling to find out the meaning of life in the face of value pluralism and moral disagreement, reorient him or her toward moral self-cultivation, through which one can attain a formidable moral character with which to navigate a life full of contingencies. This lecture, however, focuses on the relevance of Confucianism in times of crisis at a meso-level where we exist neither as a private person nor as a member of the state but as a member of moral communities such as family, neighborhood, and local community, or, in other words, as a member of civil society. I argue that Confucianism does not merely require that we fulfill our social roles well by cultivating virtues that are specific for them; rather, Confucianism encourages us to extend virtues and moral sentiments inculcated from our faithful practice of roles to the development of civic virtues that can empower us as active political agents who possess the (collective) power to initiate significant political changes. This lecture will pay special attention to Korean civil society and show the critical role that Confucianism played in galvanizing it during the recent constitutional crisis.

Abstract: This essay sheds new light on Korean democracy after democratization. It examines how the notion of ‘transcendental collectivism’, associated with familial bonds and the concept of chóng, led to an emphasis on citizenempowerment. This participatory perspective replaced the militant elite-led activism of the transitional period, which was underpinned by a Confucian ‘transcendental individualism’ predicated on the concept of ren. The argument is based on a detailed case study of a recent episode of citizen action. The article shows how the search for a new democratic citizenship that was capable of overcoming the parochial regionalism that has bedeviled Korean politics for decades, led ordinary (especially young) Korean citizens to come up with a new national democratic civic ethos that corresponded to the changed political environment. This new ethos was uri-responsibility, a uniquely Korean view of collective moral responsibility. After examining uri-responsibility and comparing it with Kantian-liberal accounts of responsibility, its strong democratic implications for Korea are explored.

Abstract: This essay argues that if Confucian familism, which has been blamed as the single greatest obstacle to achieving a civil society, is creatively repossessed, the potential looks very promising for constructing a Confucian civil society that is qualitatively different from a liberal civil society predicated on moral individualism, and for underpinning its unique mode of civility ("sociability") and citizenship ("strangership"). This essay first shows that the intrinsic value of the Confucian family consists in "filial and fraternal responsibility" (xiaodi 孝悚), then contends that a Confucian self-cultivation (xiushen 修身) that involves a double transformation of individuality and relationality (due to the very nature of the Confucian self being a relational self) engenders a responsible moral agent that is at once filial and civil. It concludes by proposing "relational strangership" as the backbone of a Confucian civil society.

Personal Website
https://www.cityu.edu.hk/pol/faculty_academic_teaching_detail.asp?id=28Back to speakersBack to agenda
Return to the top ↑