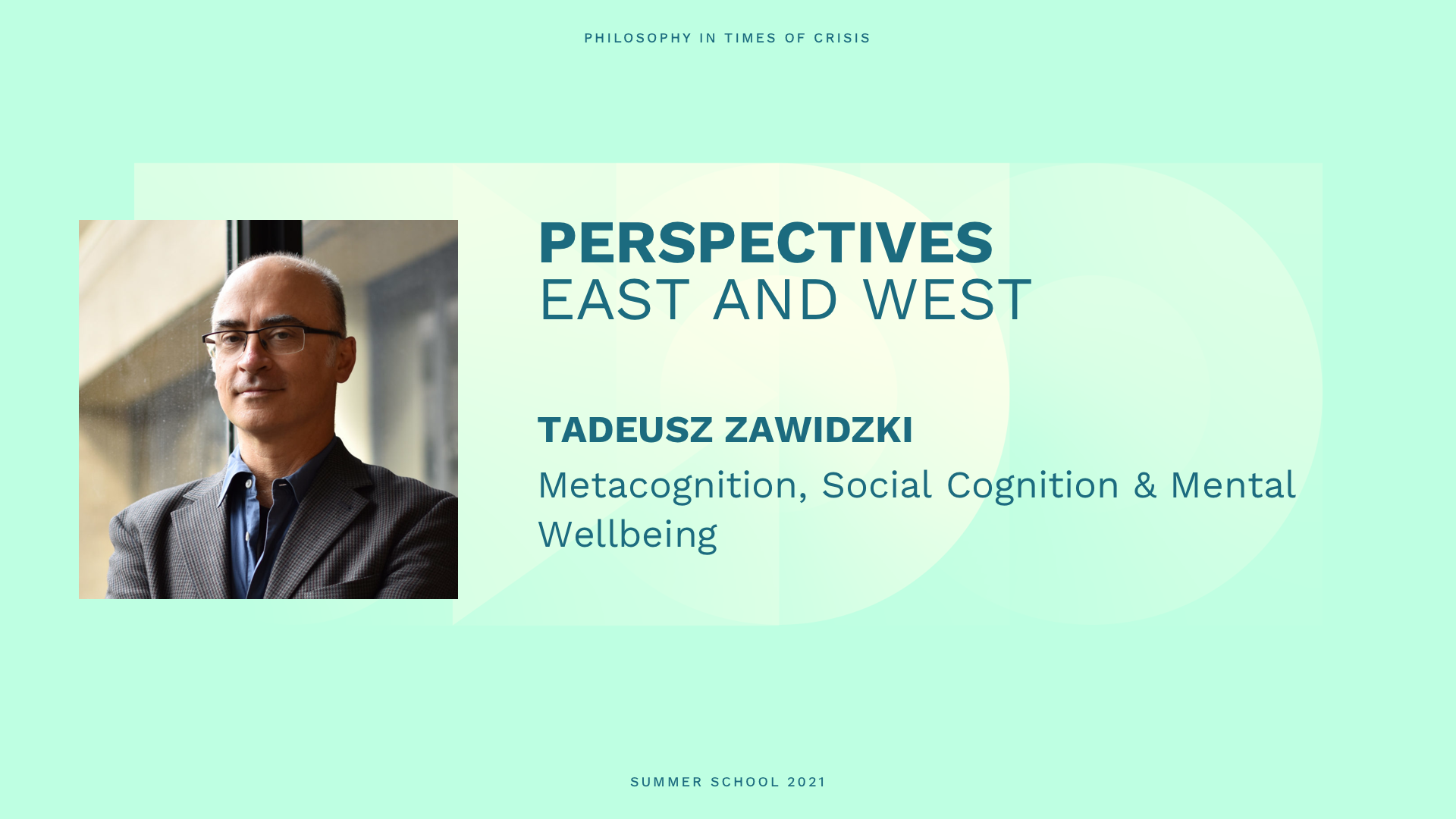 Social cognition is thought about the social world, ie, the behavior of other people. Metacognition is thought about thought, one’s own and that of other people. It is widely assumed that these are closely related: since most human behavior is the product of cognition, thinking about human behavior is bound to involve metacognition. However, consensus about the relationship between metacognition and social cognition has proven elusive in philosophy and psychology.

In the first part of my talk, after reviewing some problems that arise for two traditional, rival conceptions of this relationship (metacognition-first vs. social cognition-first), I explore a third alternative. According to this proposal, metacognitive concepts are socio-cognitive tools that transform human beings into better socio-cognitive agents and objects. Just as we learn what is expected of people performing social roles, like “parent” or “teacher”, thereby becoming more predictable by and better able to predict others, we also learn what is expected of people performing roles associated with metacognitive concepts, e.g., “believers-that-p” or “grievers-that-r”, and for the same reasons: to enhance our own predictability and improve our predictive abilities. We are able to learn to “inhabit” roles associated with metacognitive concepts in virtue of our non-conceptual, procedural, metacognitive skills, i.e., skills at controlling first-order cognitive states.

Abstract: Many psychiatric disorders are characterized by problems with emotion regulation. Well-known therapeutic interventions include exclusively discursive therapies, like classical psychoanalysis, and exclusively noncognitive therapies, like psycho-pharmaceuticals. These forms of therapy are compatible with different theories of emotion: discursive therapy is a natural ally of cognitive theories, like Nussbaum’s (2009), according to which emotions are forms of judgment, while psycho-pharmacological intervention is a natural ally of noncognitive theories, like Prinz’s (2006), according to which emotions are forms of stimulus-dependent perception. I explore a third alternative: the therapeutic regulation of emotion as the development of metacognitive skills. This is a natural characterization of newer forms of therapy that are increasingly prescribed, like so-called Third-Wave Cognitive Behavioral Therapy and other mindfulness-inspired interventions. I argue that these newer forms of therapy make sense if we conceive of emotion as neither a form of judgment nor a form of perception, but, rather, as a variety of what Gendler calls “alief ” (2008). As Gendler notes, although aliefs do not succumb to direct rational regulation, they can be trained. Thus, if we conceive of emotions as aliefs, we can make sense of their therapeutic regulation through the development of metacognitive skills. Drawing on recent philosophical analyses of skill, as well as empirical paradigms in emotion regulation, and Buddhist characterizations of meditative practice, I sketch a characterization of metacognitive skill, and conclude with some reflections on the advantages of conceiving of psychotherapy as the development of metacognitive skills.

Personal Website
https://philosophy.columbian.gwu.edu/tadeusz-zawidzkiBack to speakersBack to agenda
Return to the top ↑