The Project of Law as a Rectification of Names 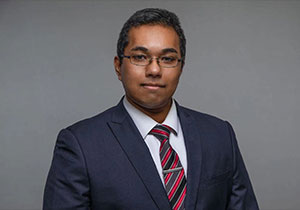 Aaron's research interests include the philosophy of law, legal history, and law and religion.

It is widely accepted that Confucius was pessimistic about the use of law in moral development, because it would not provide the proper motivation needed to cultivate virtue. Writers like Joel Kupperman have contrasted this view with Aristotle, who acknowledged a place for law within moral education. What should be noted, however, is that the word for law that Confucius uses is “xing” meaning punishment. By focusing on xing, Confucius’s pessimism was not with law generally, but with a narrow function of law, that of law as social sanction. The focus on only one function of law makes the definition of law too narrow. Acknowledging law’s other functions is necessary to understand the role that law can play in moral development. In this article, I argue for a wider conception of law, possessing both the traditional “law as social sanction” function as well as a “communicative” function. Beyond mere sanction, law is also a form of moral communication which serves as a form of socialization, highlighting the values of a society that are required to be acknowledged in order to operate within the law, and therefore, the community. This paper begins with Aristotle’s approach to the use of law in moral development, arguing that Aristotle inadvertently acknowledged both law’s traditional and communicative function. I will then describe how law can communicate values through aesthetic contemplation and how this is comparable with the Confucian conception of li. In this way, law and li are both fundamentally concerned with proper conduct in human relationships. However, in order to guide proper conduct within legal relationships, the first task in the project of law is to identify the person’s legal roles. Identifying legal roles is the first step in bringing people to understand their legal relationships to others. In this way, the project of law itself is a “rectification of names” as legal terms must be brought into accord with realities. These realities, however, are not simply a reflection of mere “naturalness,” but are rectified to be in accord with what the community sees as real and important. It is, therefore, the first task that a ruler is faced with. I will then attempt to provide an example of this phenomenon by describing the United States Supreme Court case Nix v. Hedden. I think that this project connects with the summer school’s theme of meso-level phenomenon, as it examines how law is a way for people to understand their social roles through legal roles in order for them to understand proper conduct in their social relationships through their legal relationships. Further, I think there is also an examination of individual-level phenomenon, as my project also examines how law can play a role in habituating roles by requiring their assumption in order to participate within the law and within society.