What Makes the Confucian State Legitimate? The Xunzian Insight 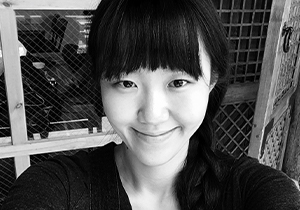 This paper investigates how Xunzi, one of the classical Confucian masters, developed his idea of political legitimacy by critically engaging with the Mohist account of the state of nature while trying to address some philosophical problems arising from Mencius’s political thought. The problem of political legitimacy was not at the core of Confucius’s political thought as he never questioned the political authority of the Zhou dynasty. In the face of the new reality of the Warring States marked by bloody power struggles and ceaseless warfare, the next-generation Confucians had to develop new theories of political legitimacy in a way suitable in their own political contexts. Xunzi thought that political authority is legitimate if it enhances the people’s moral and material well-being. Xunzi’s account of political legitimacy is distinguished in the following senses: (1) embracing the “state of nature argument,” originally developed by early Legalists and Mohists, in addressing the origin of political order; (2) rejecting, albeit implicitly, the prevailing idea that people’s voluntary political obedience is chiefly due to the social progress brought by the sage kings; and (3) questioning the transcendental authority of Heaven as the source of political authority and legitimacy. On the one hand, Xunzi’s interest in the state of nature shows his creative re-appropriation of the Mohist idea in responding to Mohist critique on Confucianism. His objection to evolutionary accounts, on the other hand, shows his rejection of the Legalist version of the state of nature along with that of Mencius. Finally, Xunzi’s lack of interest in the transcendental power suggests Xunzi’s discontent with the Mohists and the Mencian Confucians who appeal to Heaven as the source of political legitimacy. This study has the following aims. First, it aims to demonstrate active intellectual interactions among key Chinese thinkers during arguably, the most turbulent period in Chinese history, and how they were instrumental in forming Xunzi’s account of political legitimacy. By focusing on the specific concept (legitimacy) and framework (state of nature), this paper will provide a new framework to understand Xunzi’s philosophical challenges and solutions under the Warring States political circumstances. Second, it can offer an alternative view on the state of nature argument, at the heart of which lies consent-based legitimacy. Finally, it can recast the most dominant perception of Confucianism today. Often, Confucianism is closely associated with authoritarianism or undivided power, thus commonly understand as being critically at odds with democratic ideals. However, a closer look into the earliest, arguably authentic, account on Confucian legitimacy leads us to revamp this widely accepted idea and seek out a new way to comprehend Confucianism as a philosophical resource for thinking of political legitimacy during the time of political crisis.