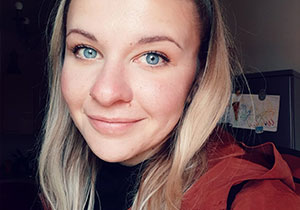 Alice is PhD Candidate in Philosophy at Nanyang Technological University (Singapore). Previously, she gained a MA in Philosophy and a ReMA in Asian Studies both at Leiden University (Netherlands) and a BA in Chinese Studies at Cà Foscari University of Venice (Italy). Her research interests include Early Modern philosophy, Song Neo-Confucianism, New Confucianism, metaphysics, hermeneutics, and comparative philosophy. Her current project considers theories of 'reason' in European Rationalism (Spinoza) and Song Neo-Confucianism (Cheng Yi).

‘Harmony’ (He 和) and ‘Coherence’ (Li 理) are two of the most fundamental philosophical notions of Confucianism. While both concepts have been part of this tradition throughout its development, they each gained central importance in different historical moments. On the one hand, he was at the core of debates in classical Confucianism while li, on the other hand, became a prominent notion in Song-Ming Confucianism (also known as Neo-Confucianism). Interestingly, despite their development in different periods, the two concepts share important characteristics and philosophical implications; among other things, for example, both harmony and coherence are dynamic, transformative, and designate a type of relation among things (harmonious or coherent). In addition to these features, another important characteristic of both he and li is that they describe a relational tension between differences among beings and the way they form a unity, between the peculiarity of each thing and the nature that bounds it to everything else. In short, both harmony and coherence seem to describe a tension, as well as a unitary relation, between the one and the many. At the same time, together with their commonalities, the two concepts also differ from each other in important ways, which have not been considered by studies on the subject. In the following paper, I attempt to bridge this gap by presenting a comparative study of he and li. The comparative analysis will be presented in three steps which are aimed at providing the reader with a comprehensive framework of the key features of both notions. First, I will introduce the two concepts by referring to authors from both the classical period and Neo-Confucianism. Then, I will discuss the relationship between harmony and coherence within the context of Neo-Confucian discourse; the fact that Neo-Confucian thinkers have employed both harmony and coherence in their philosophical discussions shows that the two concepts are different, yet complementary in some important sense. More specifically, in light of he and li differences and commonalities, I propose that harmony, on the one hand, can be understood primarily as a relational concept, which serves the purpose of describing certain relations among beings, while coherence, on the other hand, is primarily a constitutive concept, which describes the fundamental constitution or nature of beings. Ultimately, I argue that identifying the complementarity between he and li allows us to clarify the reasons why harmony cannot be merely externally imposed onto beings, but rather is achieved through relations which are established on the basis of the constitution of things.

This theoretical framework will then be applied to theories of social and political roles, to critically assess the philosophical basis through which social roles can be defined or even considered as such within the Confucian tradition.