Sincerity as a Civic Virtue 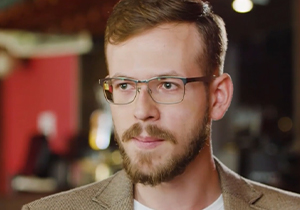 Dawid Rogacz is Assistant Professor at Adam Mickiewicz University in Poznań (Poland). He is the author of the monograph Chinese Philosophy of History. From Ancient Confucianism to the End of the Eighteenth Century (Bloomsbury 2020) and over a dozen peer-reviewed papers. He is currently co-editing a three-volume set Chinese Philosophy and Its Thinkers: From Ancient Times to the Present Days to be published with Bloomsbury in 2024. His research interests include Chinese philosophy, philosophy of history, and theory of historiography.

The Rawlsian view on the legitimacy of political power is that it has to accord with the tenets of constitution all citizens “may reasonably be expected to endorse in the light of principles and ideals acceptable to their common human reason”. In this way, liberal theories of public justification are focused on an ideal procedure of political deliberation and tend to treat virtues, such as those promoted in Confucianism, as relative, second-order Weltanschauungs. However, Confucian thinkers such as Yong Huang point out that it is precisely due to certain virtues that their ‘holders’ are concerned with public matters instead of private affairs. Others, like Julia Tao, argue that deliberation itself is possible only when people are equipped with the virtue of sincerity. In fact, the second idea dates back to the celebrated passage of Daxue which states that neither world nor states can be brought to political order (治 zhì) without people first exercising their sincerity誠 chéng. Interestingly, such an idea is to a considerable degree convergent with both Habermas’ concept of ‘sincerity’ as the transcendental condition for communicative rationality and early Rawlsian idea of the ‘sense of justice’ understood as the “natural attitude of mutual trust.” In Public Reason Confucianism, Sungmoon Kim holds that the most promising contribution of Confucianism to the development of democracies lies in the promotion of certain civic virtues (and not moral ones), but does not consider cheng as an instance of such type of virtue. The paper shall try to determine of what would it mean to interpret cheng as a civic virtue and whether that helps to find a middle way between liberal proceduralism and Confucian perfectionism, especially in the face of overlapping Confucian discourses upon moral, political, and in this case also epistemic virtues. As my answer to the second question is largely positive, it will be argued that by showing the virtue of sincerity as the common prerequisite of a new global citizenship, it is possible to move away from the antagonistic framing of liberal and Confucian theories of such macro-level phenomena as political legitimacy. Most importantly, such reading also responds to the contemporary crisis of democratic culture fueled by mass skepticism about common standards of rationality.