On Lin Zhao’en's Method of Attentiveness of the Mind 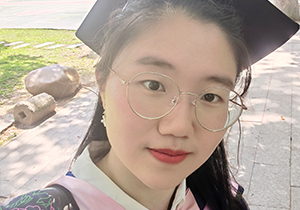 Le's research interest is the philosophy of the Ming dynasty in Chinese history.

Lin Zhao’en, a neo-Confucianist in the Ming dynasty, the founder of the "three-in-one" religion in the late Ming dynasty, believed that "Wu", which is translated into "things", is the reason of being immorality. "Wu" is not an objective or physical thing, but a subjective state of mind, which means that the mind is fully obsessed by something and of which it is difficult for us to get rid. This subjective mental state triggers evil intentions and immoral behaviors. By comparing with mindfulness studies, I think this kind of mental state is close to " the driven-doing mode ", a term used to describe the opposite of "being mode", a state of mindfulness.

How to get rid of this mental state which triggers evil intentions and immoral behaviors? Lin Zhao’en argued that being attentive is a direct and systematic approach to tackle this enigma. Being attentive enables people to recover the awareness of the mind. To be specific, through "good intentions", or in other words, the "inner intentions", produced by the direct and immediate activity of recovering awareness, the "evil intentions", or in other words, the "outer intentions", stimulated by "Wu", will be suppressed or even eliminated in the end. The cultivation processes contain several steps.

Firstly, in the confrontation of evil intentions that come into mind, beginners should accept the fact that they have had some evil intentions rather than feel guilty about those. It is quite different from other scholars’ views, like Wang Yangming, who advocates that feeling guilty is also one of the tactics of spiritual cultivation. If beginners feel guilty, Lin Zhao’en thinks, they tend to be caught in "Wu" again. I think this phenomenon could be explained by the psychology theory that if beginners feel guilty, they are likely to suffer from low-self esteem disorder. Therefore, it is easy to see that Lin Zhao’en also agrees on the " acceptance " principle which is one of the foundations of mindfulness.

Finally, regularly employing meditation practice, evil intentions are no longer come into people’s minds. Therefore, people do not have mental obstacles to fulfill their ethical obligation. People will naturally fulfill their ethic roles when it comes to a certain relationship.