Confucianism and Totalitarianism: An Arendtian Reconsideration of Mencius vs. Xunzi 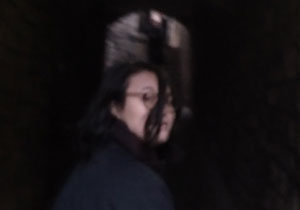 Totalitarianism is one of the greatest political evils of the last century and has been the chief foil of Anglo-European political philosophy, motivating much of it since World War II (e.g. Arendt 1968, Rawls 1996). Political philosophy in this vein has recently turned to reconstructing or drawing from Confucianism for contemporary political climates (especially with pro-democratic societies--e.g. Hong Kong, Singapore, Taiwan--that also have strong Confucian cultures; e.g. Tan 2004, Bai 2014, Chan 2014, Bell 2015). However, there remains an important yet hitherto neglected concern about whether Confucianism, qua political philosophy, is compatible with--or even supportive of--totalitarianism. After all, scholars have suggested that “Chinese culture (or tradition) has long fostered totalitarian rules” (Chen and Deng 1995, 2), often claiming this to be because “Confucianism is culturally ‘totalistic’ in nature” (Guo 2013, 50). If these claims were grounded in an actual theoretical compatibility endemic to Confucian political systems, this should raise a red flag for reconstructive attempts.

I hope to begin addressing this worry with a close consideration here, by way of Hannah Arendt, of arguably totalitarian-appropriable, yet central, elements of Confucianism--elements which have been conceptualised in different ways in the Mencius and the Xunzi. This concerns phenomenological aspects of the social order Arendt distinguishes as ‘totalitarian,’ attending to how Mencius’ version of the Confucian tradition is susceptible to alignment with them, whereas Xunzi’s version is not--or is at least less so. I focus here on how their different articulations of the central Confucian concepts of ren [仁, ‘benevolence’ or ‘humaneness’], rituals [li 禮], and the rectification of names [zhengming 正名] might or might not be appropriated for ‘legitimising’ totalitarianism. By approaching totalitarianism with an Arendtian framework, I argue here against a longstanding prejudice that simply assumes that if any form of Confucianism would be appropriated by totalitarianism, it would likely be Xunzian. This prejudice has been thought to arise from Xunzi’s heavier emphasis on rituals, embrace of Legalist ideas, and his anticipation of Han Feizi and the Qin Empire. Yet against this, I hope to show that it is Mencian Confucianism that would be more susceptible to totalitarian appropriation than a Xunzian one. This would be due to the former’s characteristic commitment to a naturalistic conception of political legitimacy--for it is this commitment that would make Confucianism more vulnerable to totalitarian appropriation. For this paper, I am interested in compatibility in the weaker sense of the plausible appropriability of Confucianism for grounding totalitarianism’s denial of freedom and its ersatz legitimacy. That is, in order to provide maximal interpretive charity to those who would accuse Confucianism of being totalitarian, I only attend to the weaker claim of how Mencian and Xunzian versions of Confucianism might be appropriated, rather than any stronger notion of compatibility such as employability. Yet, though appropriated, the concepts would nevertheless be characteristically Confucian (here, Mencian).