Confucian Role Ethics, the Right/Good Distinction, and the Original Position: A New Approach 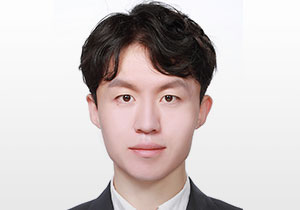 Yutang Jin recently graduated from Oxford University as a DPhil in politics and is joining the Department of Politics at Princeton University as a postdoc. His current research explores a normative account of Confucian democracy along with its implications for contemporary East Asia.

The established view in Confucian scholarship today is that the Rawlsian contractarian approach is at odds with Confucian communitarian ethics. The autonomous self behind the veil of ignorance setting out basic principles of justice is rejected by communitarian thinkers, Confucian or not. Instead, Confucian communitarians believe that persons are deeply situated in a network of personal relationships where role-playing is essential. Interestingly, the analogy that Rawls uses for his original position is also role-playing. Rawls intends persons in the original position to put themselves into the shoes of someone ignorant of morally arbitrary factors and come up with theories of justice, which, he believes, put basic rights and liberties at the forefront. In this article, I argue that Confucian communitarians’ wholesale rejection of the Rawlsian approach as embodied in the innovative thought experiment of the original position is implausible. This means, not that we should adopt a public reason approach as favored by many Confucian political theorists today, but that we can project roles and relationships into the original position such that we have persons aware of hypothetical roles and relationships (parent/child, couple, sibling, friend etc.) deciding on basic principles regulating the society. What we end up with is a society putting dual emphases on role ethics and basic liberties, which provides a new way of thinking about the issue of perfectionism in the Confucian context.

This article proceeds as follows. First, I discuss the public reason approach adopted by many Confucians today and their convergence on the priority of the right over the good as a basic premise. I argue here that the original position is the key to understanding the ranking of the right over the good. Second, I discuss Confucian communitarians’ critique of the autonomous self and their hostility toward the public reason approach. I argue that, though their critiques point out the relevance of Confucian perfectionist values, they stand weak in responding to public reason theorists’ charge that their conceptualization of the self does not allow enough room for personal autonomy which is constitutive of the modern condition. Third, I come back to the idea of the original position and project roles and relationships, which are crucial to Confucian ethics, into it. Persons are still detached from their ends and commitments, but they are free to choose basic principles regulating the society not as persons devoid of identity but as persons aware of their hypothetical roles. What comes out of the original position thus conceived is not the priority of basic rights and liberties but dual emphases on personal relationships (both virtues and duties) and basic liberties. I then respond to potential objections to my view (the fourth section) and discuss its implications for the debate on Confucian perfectionism (the final section). A Confucian polity should not prioritize the right over the good but always strike a delicate balance between the right and the (Confucian) good.